From the Army to the 'beautiful game' via extensive world travels, Dave Newton describes the highlights of his communications and IT career 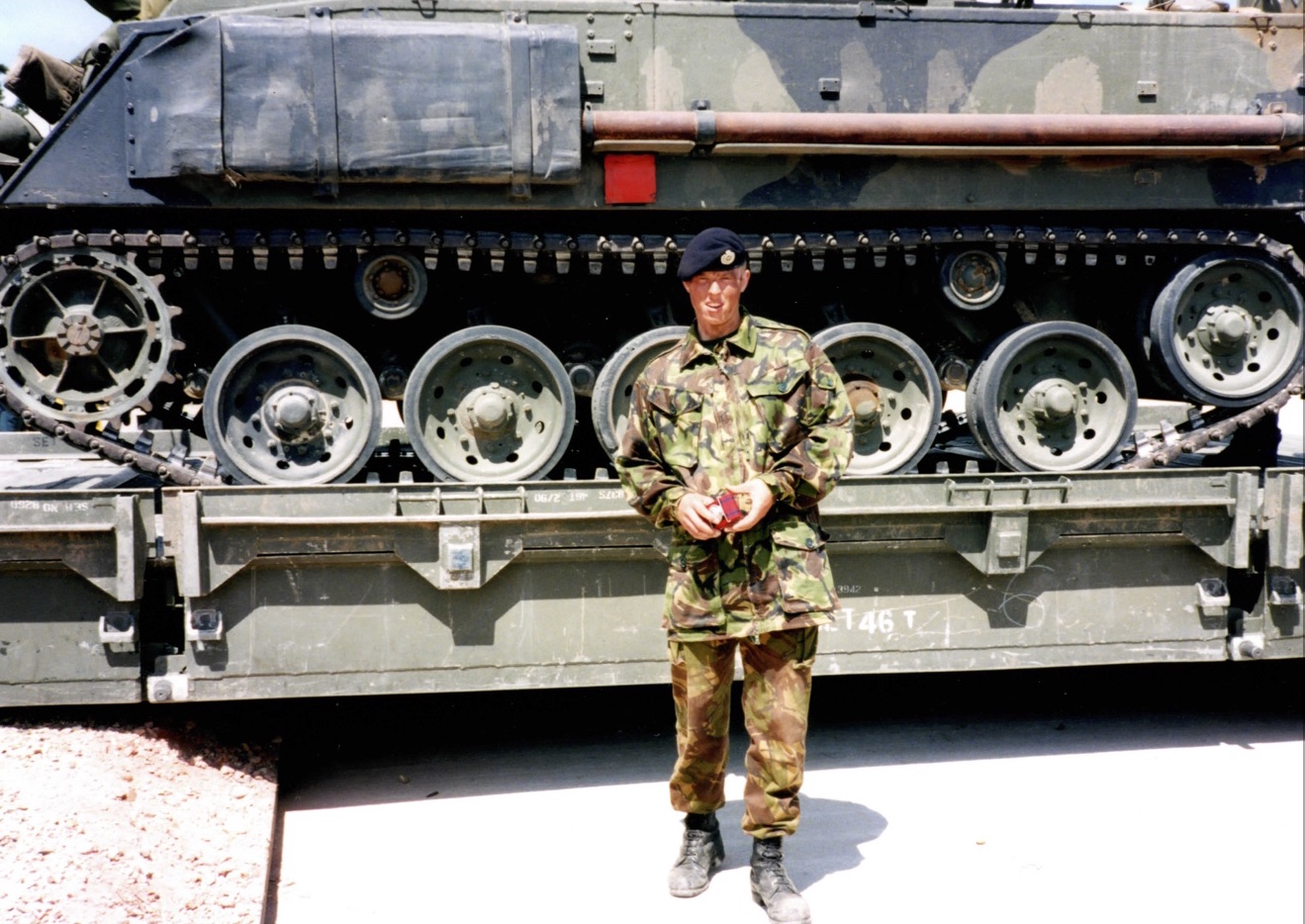 A passionate footballer with a love for travel, Dave, 39, has 22 years’ experience in the telecommunications and IT industry and has been with ITI since 2007.

His career – and love of communications technology – began in the British Army (the photograph is of 18-year-old Dave at his Phase 2 Combat Engineer Training Pass-out Parade): “I was in the forces for five years” says Dave, “with 20 Field Squadron, part of 36 Engineer Regiment based in Maidstone, and spent time in Bosnia and Northern Ireland on operational tours. I knew I wanted to join the Army from school and once there, I knew I wanted to work in signals and communications. My father was adamant whoever I joined I would learn a skill suitable for later life - I’m grateful he pushed that!"

Dave trained in the Army in military engineering, signals, security and electronic communications - laying the foundations for his 22-year career in communications. But it wasn’t just hard work, says Dave, “During my Army years I played a lot of football, both for the Regiment and for the Royal Engineers Corp football team.”

This football prowess took Dave to numerous places, “I was lucky enough to be selected by the Corp side to visit Zimbabwe where I played a number of games of football against local sides, travelling across the country from Harare to Bulawayo, Lake Kariba and Victoria Falls. We also supported local children with some coaching courses.” Two particularly memorable parts of these travels was jumping off the Zimbabwe Bridge above Victoria Falls in what was, at the time, the highest bungee jump in the world and canoeing around Lake Kariba before going on Safari.

In the Army Dave also experienced paragliding in Bavaria and parachuting at Netheravon, and has continued travelling around family life whenever possible: some years after leaving he visited Thailand with some ex-forces colleagues and trained in diving, qualifying as a PADI Rescue Diver. “I still try to dive when on holiday” says Dave, “but I’m not a cold water diver - the UK’s waters are far too chilly. I started the Dive Master course but circumstances changed and with the birth of my daughter it went on the back burner, maybe one day I can finish it!”

When he left the British Army aged 22, Dave moved to the Netherlands where he put his telecommunications expertise to great use as a network engineer in Scheveningen (in The Hague) for a start-up mobile company, Dutchtone. From there he moved to Exi Telecoms, as a senior commissioning engineer, working throughout Western Europe and progressing to a Project Manager, before starting up ITI’s Wireless Business Unit as Programme Manager, progressing to Operations Director and now Commercial Director of ITI Network and Electrical Services.

Since 2007 Dave has worked on all aspects of telecommunications deployment for ITI, specialising in wireless and playing a huge role in helping to develop the business and successfully managing numerous large projects and programmes.

Despite a busy professional career ensuring our customers’ needs are met, and what he describes as the ‘joyful demands’ of a young family, Dave has not forgotten his love of ‘the beautiful game’, continuing to play football for Melton Town up until last year and now at 39 enjoying playing up top with the Melton Vets team.

And a recent holiday to Dubai scratched Dave’s travel itch, “It was actually a mini Honeymoon, although my wife and I have been together for years and have 2 great kids we only fitted the wedding in in August this year. Dubai was great, we managed to visit the Burj Khalifa, the highest building in the world. The lift travels to the 124th floor in 60 seconds – the whole building is an incredible engineering achievement, as are so many places in Dubai.”

Where would Dave like to visit next? “Top of the list of places I’d love to go to is Hawaii. I’ve always wanted to visit the USS Arizona, a sunken warship in Pearl Harbour.”  In the meantime, before Dave’s next holiday, he can be found traveling all over the UK (and to Europe) to work with ITI’s customers – or of course, on a football pitch in Melton.