ITI is proud to celebrate our Reservist and ex-forces employees and partners. 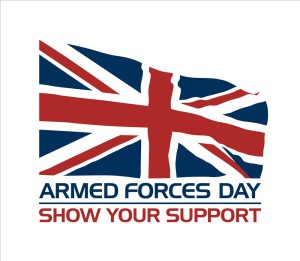 ITI is celebrating Reserves Day and Armed Forces Day this week. We thank Reservists across the UK - including those working in and with our business - for their dedication, professionalism and commitment to serving our country.

We are proud to employ and work with many Reservists and ex-Forces staff and our business is proud to support Armed Forces Day (29 Jun 2019) and Reserves Day (26 June 2019).

Reservists give up their spare time to serve in the Reserve Forces, balancing their civilian life with a military career. The Reserve Forces make up approximately one sixth of our Armed Forces personnel and are integral to protecting the nation’s security at home and overseas, particularly providing capability in specialist areas such as medical and cyber. Reservists are currently supporting operations worldwide.

Armed Forces Day is a chance for the public to show their support to the Armed Forces Community including current Service personnel, veterans, cadets and Service families.

In 2016 ITI was awarded the Silver Employer Recognition Scheme (ERS) award, showing that ITI is one of the country’s leading employers of Reservists.

On 1 August 2018 ITI was named one of just 50 organisations in the UK to be awarded the Ministry of Defence's Employer Recognition Scheme (ERS) Gold Award for our work in supporting the military community.

We maintain strong links with the links with the Career Transition Partnership (CTP), the MoD's official provider of Armed Forces Resettlement, and the Reserve Forces’ and Cadets’ Association (RFCA) in Yorkshire and The Humber.

If you’re interested, you can the find out more about the work of Reservists on the Army Reserve website.