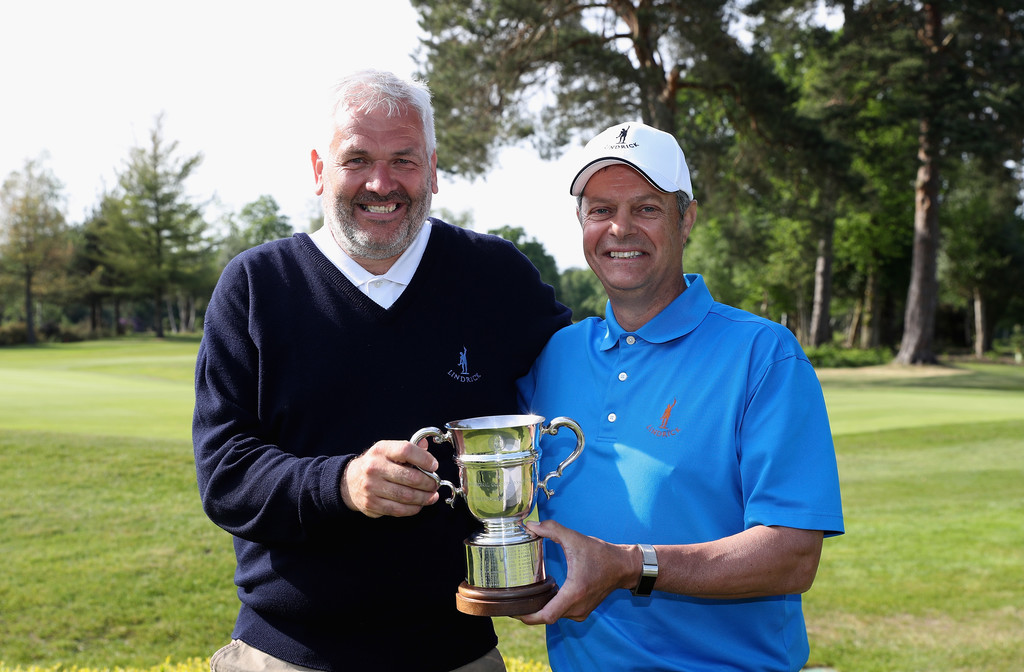 King, head professional at Lindrick Golf Club, made flawless progress around the course, according to The Professional Golfers’ Association, and took the trophy (and a £6,000 prize) after a sudden death play off with Mark Ridley at the 18th hole.

It was a "top week" said David Houlden, who said, “I’m really grateful to ITI for offering me flexibility in my working pattern so that I could take the opportunity to work with John.”

“There were over 200 in the field for the Senior PGA Championship, and this is one of the biggest tournaments John has won as a senior, so it was fantastic to be part of it.

“I’m looking forward to caddying for him again soon. John hopes to qualify for the Lundin Links Senior Open at St. Andrews in July, and is playing in the Staysure PGA Seniors Championship at the London Club in August."

Houlden’s own golf handicap is now down to 8, from 12 just a month ago when he began receiving coaching from John King. And he anticipates continued improvement thanks to John’s teaching.

The Silversea Senior PGA Championship was the first time Houlden had caddied for King:

“I used to caddy for a younger pro” he added, “and when John and I got talking about working together, and he asked whether I might be able to caddy for him for three weeks this year, I knew it was a great opportunity to support him and to benefit my own golf. I’m really pleased that ITI have enabled me to work flexibly in order to get my day job done and to take this opportunity.”

• Read a write-up by The Professional Golfers’ Association of King’s Silversea Championship win.