Sharon Richardson, recently appointed Financial Director of The Templand Group, shares insights into her career and the challenges she has faced. 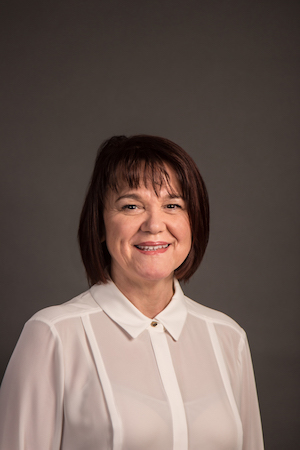 Sharon Richardson has worked with ITI since 2011 and made a vital contribution to the business’ growth and strong financial performance. She was appointed Group Finance Director on 1 April.  Sharon gives some fascinating insights into some business and personal challenges she's faced, "from adversity comes great strength and determination."

Sharon started her career working for her uncle as a receptionist in his model agency and advertising company. Realising that family doesn’t always pay she moved into the world of finance and has worked in finance functions for 30+ years. As FD of the Templand Group she has financial responsibility for the Group and its businesses including ITI Network Services, ITI Electrical Services and Newline Communications with a combined turnover of £6m.

Sharon was recently promoted to FD in recognition of the part she has played in the last 7 years turning the organisation around to a fast moving, high performing telecoms service provider whose client base include major blue-chip organisation such as BT, Telefonica, Morrisons Utilities and Fujitsu.

Sharon started her finance career at Joseph Gillott Steel Distributors in Kilnhurst, Rotherham. At this time her journey to work comprised of three buses taking up to 2 hours each way. “The journey to work had to be done and was the only option back then, what I took from those many cold and wet journeys was a sense of discipline which has served me well.”

From Gillotts, Sharon moved to cutting tool manufacturer Dormer Tools where she spent the next 19 years. Starting as a wages clerk she progressed to Financial Accountant specialising in the export sales division. During this time Dormer became a subsidiary of the Sandvik Group, a multi-billion global organisation where Sharon developed a great depth of knowledge and experience. Unfortunately, in 2007, Dormer announced it was to close its UK manufacturing facility moving it to Brazil. Sharon jokes, “As tempting as Sao Paulo was, it would take more than three buses to commute each day and I had my small family to consider!”

She planned to take a year out and enjoy time with her son Harry, who was then 8, and husband Keith however she was approached about a position in an IT start-up business, Singlepoint Holdings which had just 9 staff. Going from a global player to such a small organisation was a culture shock, moving from regimented end to end robust accounting processes to a fluid financial environment which often gave cashflow challenges. Over the next 4 years Sharon introduced a range of disciplines which provided financial direction and visibility enabling the business to have confidence in management information.

In 2011 Sharon was recommended by an ISOQAR consultant to the then owner of IT Installations Ltd (now ITI Network Services, part of the Templand Group) and accepted the role of Finance Manager.  “I was approached in recognition of my organisational skills and as I had implemented Sage 50 accounts in my previous role which I went on to do at ITI networked to the whole finance team."

When joining the organisation Sharon could see great potential but also some significant challenges. Financially at best the organisation was on “a bit of a roller coaster” and there were some cultural issues to be addressed. After just 6 months in the organisation the decision was made to enter IT Installations into a voluntary CVA (Company Voluntary Arrangement) to ensure the long-term future of the company. Sharon took up the role to work with the CVA consultant ensuring ITI was compliant to give the best return possible for all interested parties in the challenging circumstances alongside navigating the business through to a more stable financial position.

Sharon admits she had never worked with an organisation in CVA let alone lead them financially through the experience. “It was a steep learning curve understanding the different components and regulatory requirements was the first stage, enabling me to break it down to develop a phased project plan which provided the wider organisation clarity and direction."  With assistance from the current owners the company came out of CVA in just 3 years and whilst it had been a difficult time for all, resulting in many sleepless nights for Sharon, it ensured ITI had a future and importantly could offer a future to its the loyal employees.

Post CVA, the management buyout by Jason Denmark and Steve Clarke in 2016 now sees the organisation on a firm footing, however this provides different challenges for Sharon: “We have a really strong leadership and technical team and a clear growth strategy which puts the organisation in a great position for the future. The focus within the business is now on growth and further acquisitions to enhance our brand and our services. We’ve added to the Group with ITI Electrical Services and Newline Communications. Over the last two years I’ve also been given the opportunity to strengthen the finance team, my new role requires me to further develop that capability building flexibility and resilience thus supporting the group to achieve its ambitions.”

Away from work a couple of years ago Sharon was presented with a personal challenge. After experiencing single-sided deafness and spells of vertigo, she sought a medical opinion. What came next was like a sledgehammer. The doctor informed Sharon she had a rare acoustic neuroma, a tumour on the left side of her brain which due to further complications couldn’t be removed with surgery.

“As far as brain tumours go, it’s not a nasty one! It’s not life threatening and for that I will be eternally grateful. However, I can now understand in some way how people feel when they are given such devastating news."  Sharon underwent radiotherapy treatment in 2017 and whilst a far from pleasant experience, the results mean the tumour is stable.

Sharon says, “I am not sharing for sympathy but more about its impact on me; from adversity comes great strength and determination.

"Whilst throughout my treatment I minimised the impact on my work, the support I received from Jason and the team was fantastic. That support has further developed my loyalty and passion for the group of people who combine to make the Templand Group what it is.

"Moving on from this I am very proud to lead our charitable work with Bluebell Wood Children's Hospice, we are now in our second year of supporting this fantastic charity. To date we have raised in excess of £20,000 to support young children and young adults with life limiting conditions. On 18th May, members of the team embarked on their latest venture, the Yorkshire 3 Peaks Challenge.

"What really strikes me about what we are doing is how the team has further bonded, we have undertaken training together which has built an even greater camaraderie.” We have teams with similar mindsets in that we can all achieve with the support of others alongside us or as needed."

The Templand Group is well set for the future, Sharon reflects:

“Lately we hear so much about external influences such as Brexit, low economic growth and the skills gap, until then this is ‘our business’ and we are masters of our own destiny, we are not waiting for others to impact on our futures. We are all determined to continue to push the business forward. We know there are many challenges ahead of us but are committed to continue to grow for the benefit of the organisation, our customers and staff.

"My family is the most important thing in my life, I have a solid group of friends and the odd glass to celebrate at any chance with a social life which keeps me busy. However, being with ITI has given me a great life experience and enabled me to become a more rounded person in for what I hope will be a few more years to come."