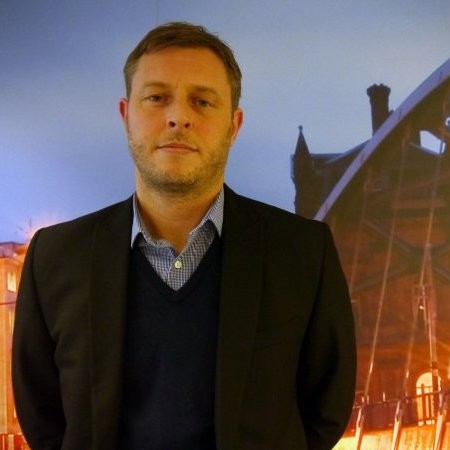 ITI's longstanding commitment to Reservists and Veterans has been recognised by the Ministry of Defence, with our business named as one of the UK's top supporters of the armed forces in a list published today (01/08/18).

The list names those organisations which have been given the MOD's Employer Recognition Scheme (ERS) Gold Awards for their work in supporting the military community. This year’s 50 ERS Gold Award winners include businesses, charities and public sector bodies.

Employers have won awards for initiatives such as employing veterans, supporting individuals transitioning out of the armed forces into a new career and providing flexibility for Reservists.

Now in its fifth year, the MOD’s Employer Recognition Scheme Gold Awards represent the highest badge of honour available to those that employ and support those who serve, veterans, and their families.

The 50 winners have been recognised for their long-term commitment to the Armed Forces, with companies from the public and private sector achieving the top grade. Each has signed the Armed Forces Covenant, and where possible, engages with the Career Transition Partnership (CTP) to promote the recruitment of service leavers, as well as honouring individual pledges of support.

The Minister for Defence People and Veterans Tobias Ellwood said:

“The breadth and diversity of this year’s winners shows how business support for the Armed Forces continues to flourish. Their commitment is a testament to the fantastic contribution our serving personnel, veterans and their families can make to any organisation.

“We all have a role to play in ensuring that the Armed Forces community is not disadvantaged by service, and each of these employers is a setting an example as meaningful advocates for those protecting the nation.”

Dave Newton, ITI’s commercial director, was in the forces for five years serving with Royal Engineers. He said:

“I’m absolutely delighted ITI’s commitment to supporting and working with Reservists and Veterans has been recognised with the Award.

“My 22 years’ experience in the telecommunications and IT industry started thank to my 5 years in the British Army. That was where my love for communications technology began. I could see the enormous contribution that reservists make to the Forces, and ITI has long recognised that current and former Armed Forces staff offer significant expertise, commitment and transferable skills to our business and help us provide an exceptional service to customers.

"For many years we’ve embedded support for ex-Forces staff and for current Reservists into our business’ employment policies and working practices.

"And it’s not a one-way relationship: employees who train as Reservists develop many skills and attributes which are hughly valuable to ITI."

Richard Lenton, Regional Employer Engagement Director in Yorkshire and The Humber for the Ministry of Defence provides information and support to employers of a member of the Reserve Forces, veterans or military spouses.

He said: “The ERS Awards provide us with a way of saying thank you to those businesses who go above and beyond to support the Armed Forces community and make sure our current and former service personnel and their families are not disadvantaged by their military status. These organisations work hard to ensure their policies and practices are military friendly and we applaud them for making a commitment to those who serve and protect our nation.”

An Awards ceremony will be held in October in London where representatives from each of the 50 employers will be presented with their award.