Robert Wilson is a former member of HM Forces Regular & Reserve Army and has played competitive ice hockey across Europe. Why his Army-learned skills are so valuable to ITI: 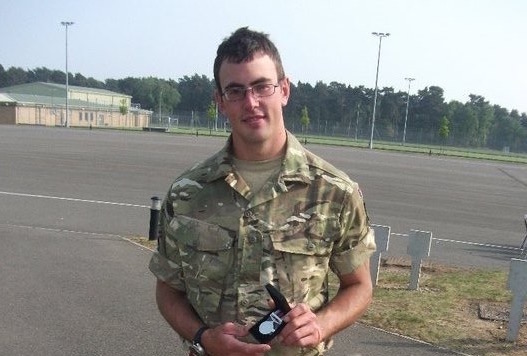 ITI Network Services Project Coordinator Robert Wilson, a former member of HM Forces Regular & Reserve Army, joined our business in 2018 to work as a cable engineer on highly technical cable installations and surveys all over the UK.

Wilson had previously contracted for ITI for 18 months before coming on board as an employed Data Engineer. He quickly rose through the ranks and became Store Manager in early 2020 before opting to move into project management and becoming a Project Coordinator in April 2021.

A veteran of 10 years regular service with the Royal Engineers, his army career included mountain-top construction in the Falklands and leading a team of soldiers in Kenya and Germany.

Wilson sent a speculative job application to ITI after viewing the “ITI's support for Reservists and former Armed Forces staff” page on our website.

“I was looking for a job and narrowed my search down to companies within my local area which had signed up to the Armed Forces Covenant,” says Wilson, continuing “ITI jumped out at me when I read about their support on their website and that was why I sent them my CV.”

Now an employee, Wilson continues “ITI have helped me with my transition from military to civilian life and made it that much easier, I’m glad I found a company that supports veterans.”

Wilson’s original application came at an ideal time when ITI had secured an extensive new contract working on telecoms installations all over the UK. He was offered an interview and a role with the firm. His discipline, team work, punctuality, organisational skills, self-confidence, ability to follow procedures and represent the company in a professional manner are all key attributes valued by ITI and built from Wilson’s Army career.