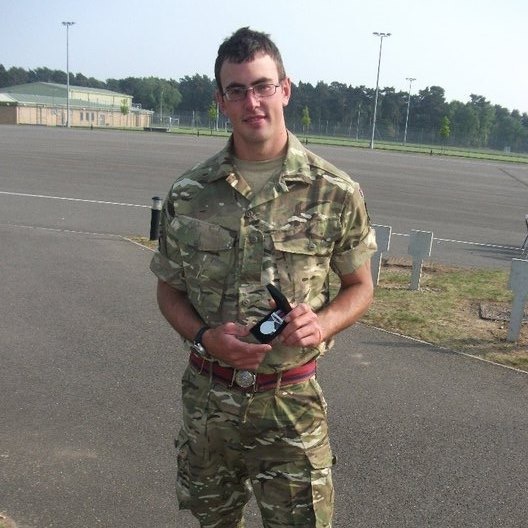 Wilson (pictured), a former member of HM Forces Regular and Reserve Army, has previously contracted for ITI and his new role reflects the firm's continued growth. He will work on highly technical cable installations all over the UK.

A veteran of 10 years regular service with the Royal Engineers, his army career included mountain-top construction in the Falklands and leading a team of soldiers in Kenya and Germany.

Having originally sent a speculative job application to ITI, he said:

“I was looking for a job and narrowed my search down to companies within my local area which had signed up to the Armed Forces Covenant. ITI jumped out at me when I read about their support on their website and that was why I sent them my CV.”

"Rob’s discipline, team work, punctuality, organisation, self-confidence, ability to follow procedures and represent the company are all key attributes valued by ITI and built from his Army career. We are delighted he has accepted a permanent role with ITI."

Kieron Clayton served for 10 years in the Army, working as a communications operator in the Royal Corps of Signals. During his army career he travelled to Gibraltar, Italy and Cyprus, was stationed in Germany for 3 years and made two tours to Afghanistan.

Like Wilson, Clayton has previously taken on some work for ITI as a subcontractor and when working on a self-employed basis experienced first-hand how ITI's support for Reservists and Veterans – which earned the business a coveted ERS Gold Award in 2018 - is streets ahead of many businesses.

“I’m still friends with other guys I was in the Army with. A couple have come out and later re-enlisted back into the Army, they must have struggled with civilian life. But ITI has always been really supportive. They supported me with training, and I can see today how flexible the business is, to allow the Reservists to do the things they need to do.”

Ian Sibbald added, "Kieron’s work-ethic is second-to-none. Whatever he is tasked with he learns quickly and gets the job done correctly, quickly and efficiently. You can tell he has an Army background by his no-nonsense, can-do attitude. We earmarked him for a full-time position pretty soon after he started working with us, and we are extremely pleased that it has finally materialised. I have already received complimentary emails from customers about Kieron’s work."

ITI works with Europe’s largest communications companies providing telecommunications services and infrastructure in some of the most demanding environments. Part of The Templand Group, ITI has already taken on additional employees in 2019 and further contract wins and renewals have led to the need for more permanent staff.